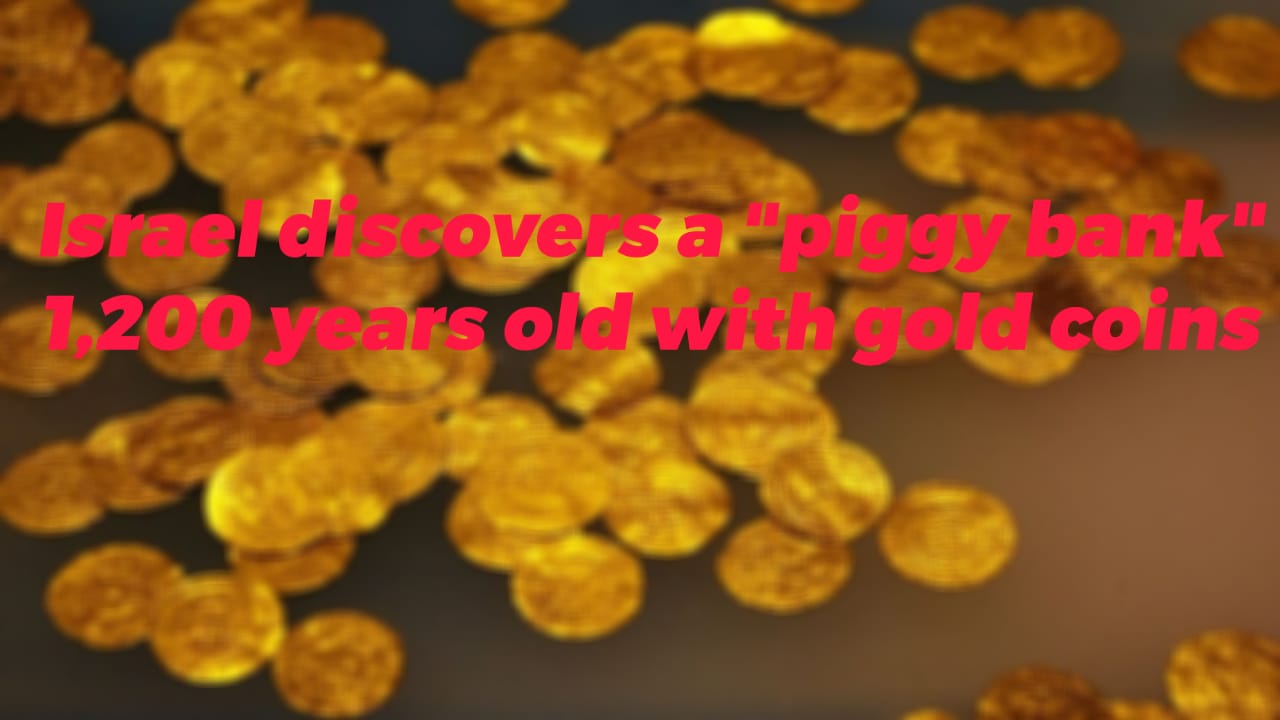 A small treasure trove of gold coins in an ancient ‘piggy bank’ has been found by Israeli archaeologists, assumed to be the personal savings of a potter who worked in a kiln around 1200 years ago.

They date from the time when the area was ruled by the mighty Abbasid Caliphate and a medieval industrial site was unearthed. The discovery was made when Jews exchanged and shared gifts during the Jewish holiday of Hanukkah.

The gold coins were discovered by archaeologists in Yavne in central Israel. An area that would eventually be the site of a new residential community was excavated by a team led by Liat Nadav-Ziv and Dr. Elie Haddad.

On behalf of the Israel Antiquities Authority, they were conducting the examination. A large number of items were found by the team, but nothing unusual, until they discovered a small jug.

Nadav-Ziv said she was “cataloging a large number of artifacts discovered during the excavations when all of a sudden I heard shouts of joy”.

They came from Marc Molkondov, a veteran archaeologist, and he led them to a spot in the dig. A small cracked jug full of a number of coins had been unearthed. Clearly, this was a significant discovery.

The coins were examined by Dr Robert Kool, a coin specialist from the Israel Antiquities Authority. The coin  existed from the 7th-9th centuries AD and and date to the early Abbasid era.

As the arts, industry, and science flourished, the Abbasid Caliphate is known as an Islamic golden age.

A Gold Dinar from the reign of Caliph Harun A-Rashid (786-809 AD) was one of the most valuable coins was found in the dig.

According to The Jerusalem Post, he ruled the Abbasid Caliphate at the zenith of its strength and prosperity and is a “key figure in the classic collection of stories known as the Arabian Nights, also known as One Thousand and One Nights.”

During the major Jewish holiday, Chanukah, better known as Hanukkah, the coins were discovered.

Gifts of coins are given during this eight-day festival, and chocolate gold coins are exchanged occasionally. Kool is quoted by The Times of Israel reports that, “Without a doubt, this is a wonderful Chanukah present for us.”

Yavne’s excavation is not far from Tel or the mound, and a significant number of kilns have been found. The kilns were used to make pottery from the late Byzantine period to the early Abbasid period (600 to 900 AD).

It appears that the site was once an industrial center and pots, jars, and bowls were made.

Near one of the entrances of the kiln, the jug with the treasure trove was uncovered. The Jerusalem Post notes that “it may have been the ‘piggy-bank’ of the potter where he had stored his personal savings.” At some point, it is probable that the potter hid the coins and was unable to recover them.

The place in Yavne has a long history. During the Achaemenid Persian era (5th and 4th centuries BC), evidence was found that the region was the site of wine production. The wine was manufactured on a significant scale there.

An significant discovery in itself is the jug filled with coins. The discovery allows us to understand more about an important industrial center in the Middle Ages and the role of the region in the Abbasid-flourished international trade network.

It is expected that further excavations at the site would reveal more about the ancient and medieval history of Yavneh.