Poznań archaeologists working in Sudan unearthed one of the oldest known cases of trepanation of the skull in North East Africa, dating back roughly 7,000 years. Dr. Maciej Jórdeczka, the project’s leader, told PAP about the discovery.

The discovery was made during excavations in the Neolithic settlement (5th-4th millennium BC) in Omdurman in Sudan.

“The dead were then buried within the settlement – it was a widely practised custom” – told PAP Dr. Maciej Jórdeczka from the Institute of Archaeology and Ethnology (IAE) PAS in Poznań.

Trepanation is a procedure consisting of making a hole in the skull for medical or magical-religious purposes. Scientists are not able to clearly determine why the procedure had been performed on the person, whose remains they found during excavation. The hole in the skull in this instance was circular, with a diameter of approx. 2 cm.

YOU MAY ALSO LIKE: New Discoveries Imply Man Arrived in the Americas 26,500 Years Ago

Surprise for the scientists was the “advanced” age of the deceased: 55-65 years. The average age 7,000 years ago in Sudan was in fact much lower. Hardly anyone lived to such a “venerable” age – experts note.

An anthropologist from the National Archaeological Museum in Warsaw, Dr. Łukasz Maurycy Stanaszek determined that the wound resulting from trepanation had not healed, which means that the procedure could lead to the instant death of the man.

He does not rule out that the hole could be made after the death of the man for unspecified magical purposes, such as “releasing an evil spirit from the body”.

The scientist pointed out that the hole was made proficiently – the edge of the hole is quite regular and smooth, which undoubtedly proves the use of special scraping tools. He mentioned flint-bone scrapers, knives or drills.

“Trepanation is not the only reason why this is an interesting burial” – Dr. Jórdeczka told PAP. A clamshell was placed on the man’s temple, and his whole body was covered with ochre – reddish mineral, used since the Paleolithic period as a dye, among other things. The deceased was placed in the foetal position, strongly compressed – his knees were pulled up to his forehead.

The man was approx. 160 cm tall. Anthropologist was able to detect traces of ailments common also today, such as tooth decay or periodontitis.

In Khor Shambat archaeologists also found rich traces of even older settlements – from the so-called Khartoum Mesolithic period (8-5,000 years BC).

“The real treasure for us is the ability to trace the layers formed by human activity over thousands of years. In the case of central Sudan it is an exception – the vast majority of sites, both Mesolithic and Neolithic, has no stratigraphy. Khor Shambat will therefore give us a new perspective of the settlement chronology” – added Dr. Jórdeczka.

The Khor Shambat settlement was located right on the Nile, on a small hill. Its inhabitants fished and hunted animals, including antelopes and wild pigs. With the advent of the Neolithic, the share of wildlife in their diet decreased for cattle.

Interestingly, archaeologists also managed to discover the remains of a dog – archaeozoology analysis showed that it was also part of the diet of people of that time!

Polish archaeologists from IAE PAS began excavations at Khor Shambat in 2012. Then the work was financed by the Polish Centre of Mediterranean Archaeology of the University of Warsaw.

YOU MAY ALSO LIKE: Meet the ‘mold pigs,’ a new group of invertebrates from 30 million years ago

They recognized the place as very important scientifically because only a few archaeological sites from this period in Sudan had been studied.

This year’s season, which took place in March, was the first season financed by the National Science Centre. Field studies will continue next year. 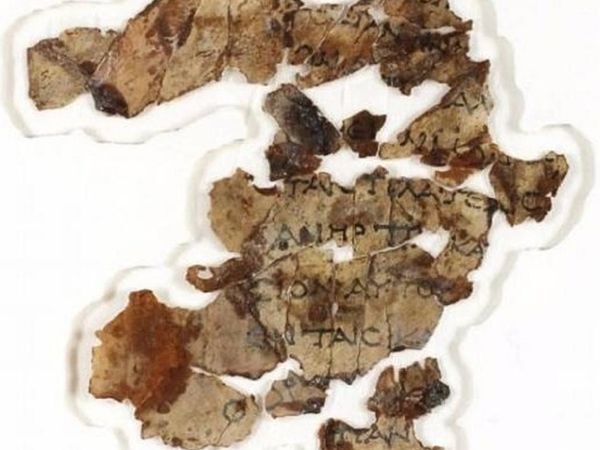