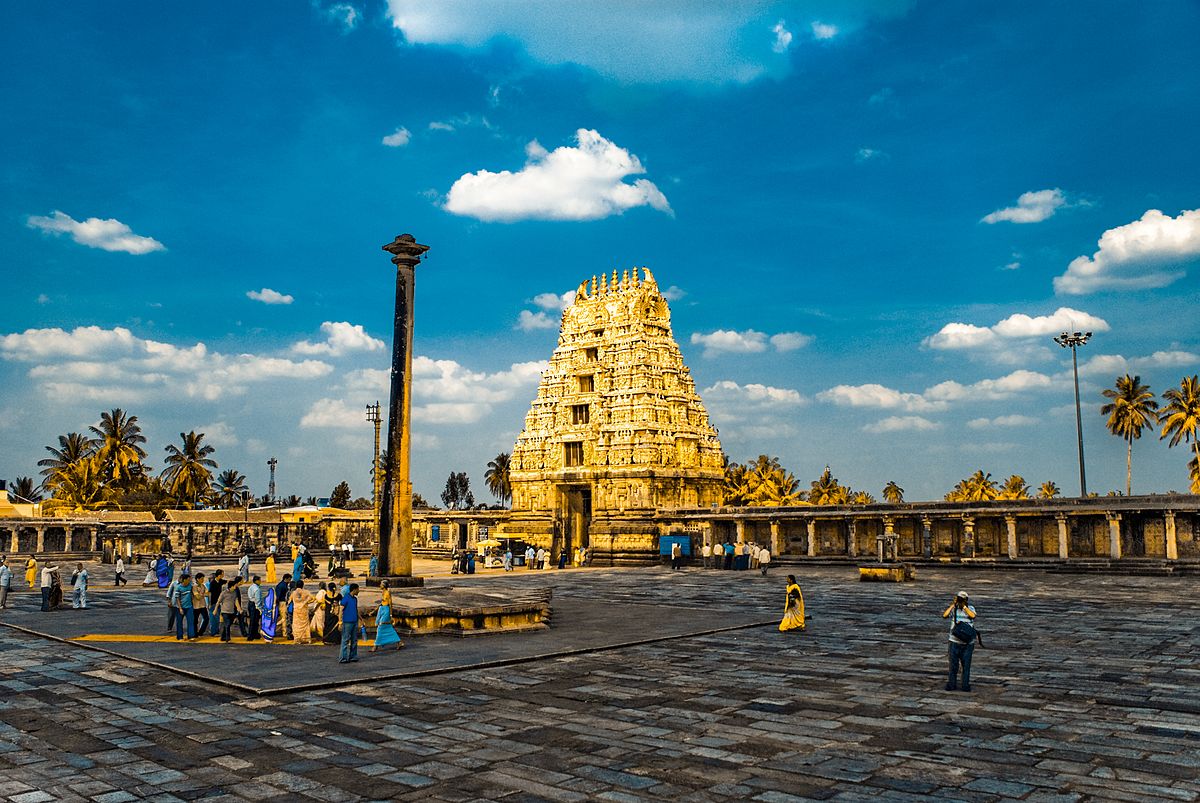 Belur, a town of Karnataka, India, situated in the Hassan district is famous for one of the best examples of Hoysala architecture, the 900 years old Chennakeshava Temple also being the center of the Hoysala kingdom’s capital

It was established by the Hoysala Emperor, Vishnuvardhana, in the early 12th century, when the town of Belur was the capital city of Hoysala.

For more than three centuries, the Hoysalas administered the city and to this day, people from all around the country travel to the Chennakesava Temple, Belur to savor the exquisite artworks and sculptures and enjoy the spiritual beauty of the place from the ancient time.

The South Indian history of the Hoysala period started around 1000 CE and lasted until 1346 CE. They established about 1,500 temples in 958 centres during this era. In old inscriptions and medieval documents, Belur is called Beluhur, Velur or Velapura. It was the early capital of the Kings of Hoysala.

Vishnuvardhana, who assumed power in 1110 CE, was among the Hoyasala rulers. After a huge military success in 1116 CE, he authorized the Chennakeshava temple dedicated to Vishnu in 1117 CE. Sri Vishnuvardhana built this temple to mark his conversion to Sri Vaishnavism after slipping under the influence of Ramanujaja, a great devotee of Lord Vishnu, who also was a virtuous king who’s had the name of Lord Vishnu in his.

It took 103 years to construct the Chennakeshava temple at Belur. Vishnuvardhana shifted his capital to Dvarasamudra, where the building of Shiva’s sacred Hoysaleswara Temple began. It continued to still be built until he died in 1140 CE.

His legacy was maintained by his heirs, who finished the Temple of Hoysaleswara in 1150 CE, and the Temple of Chennakesava, Somanathapura in 1258 CE. The Hoysalas appointed many renowned architects and craftsmen who created a new heritage of architecture.

The Chennakesava temple, built along the river Yagachi, has perplexing structures that have become a significant piece of the historical backdrop of Karnataka.

This temple started by Vishnuvardhana in the twelfth century was accomplished by Bhallala and it wound up taking a time of 103 years to build.

The temple, crafted with soapstone, showcases a very intricate design developed on a classic Hoysala architecture layout. The size of the temple is what distinguishes it from several other Hoysala era temples and it is believed to become one of the dynasty’s earliest creations.

It was constructed after the finest architects and engineers were appointed from the region, who came up with designs that would be the complex’s centerpiece.

Hand-chiseled by skilled craftsmen, the four central pillars highlight Madanikas or heavenly damsels. The Madanikas are in various postures, and the lady with a parrot and the warlock are among the notable attractions that lure visitors and art enthusiasts.

The temple was built 37 meters high at its tallest point. With beautifully crafted artwork, with dancing girls in different postures, the exterior walls are adorned.

Out of an aggregate of 48 columns, all exceptionally designed and crafted, one of the most outstanding attractions at the temple is the Narasimha pillar.

There will be many mentions and depictions of key events from both the Mahabharata as well as the Ramayana for tourists who are eager to study the specifics of the wall sculptures at the Temple.

In the midst of the thorough depictions, close examination will reveal subtle pieces of concealed erotica. Horses, elephants and lions are animals that commonly appear in the wall sculptures.

The entrances of the mandapa of the temple display a king of Hoysala killing what researchers believe is either a tiger or a lion. It is regularly accepted that the deficiency of the Cholas, whose imperial insignia is a tiger, might be an emblematic impression of this.

In the Temple’s vast complex, there are several other significant sculptures. The Gajasurasamhara (sculpture of Lord Shiva), a sculpture of Ravana, the killing of Mahishasura by Durga and several others are some of them.

YOU MAY ALSO LIKE: The Engrossing tale of Hampi, a city of incredible wealth

At the entrance gate, there are several small temples, too. The signatures left by the artists of the time are another interesting aspect of all of these sculptures, giving us further glimpse into the experiences and society during the period of Hoysala.