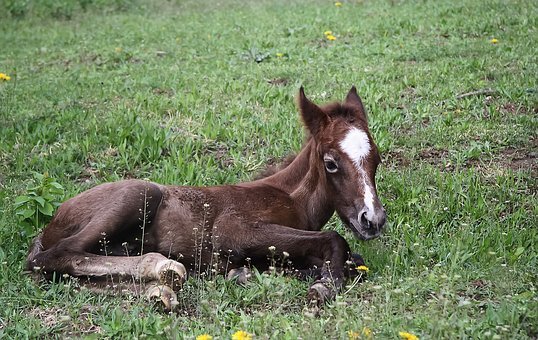 Researchers in Yakutsk, Siberia has been able to retrieve specimens of liquid blood from a 42,000-year-old foal found in the frozen ground called ‘permafrost’ back in 2018.

Researchers in Yakutsk, Siberia has been able to retrieve specimens of liquid blood from a 42,000-year-old foal found in the frozen ground called ‘permafrost’ back in 2018.

It is considered to be the oldest blood ever to be found in the world.
Researchers are aimed at gathering viable cells to clone extinct horse species.

Researchers at the Mammoth Museum at Northeastern Federal University discovered extinct foal preserved in the permafrost of the Batagaika basin on 11 August 2018.

Dr. Grigoriev, head of the mammoth museum in Yakutsk, said that the forensic reports on the foal reveal perfectly preserved internal organs.

The autopsy showed that the Permafrost left the remains in surprisingly good condition, leading to speculation that the cells and genes could be extracted.

And after keenly scrutinizing the specimen, it was considered to belong to an extinct horse species known as the Lenskaya breed.

The foal carcass was extremely well preserved with it’s body without being deformed, yet most parts of the carcass, particularly the head and legs, were also preserved by the hair cover.

“That’s another scientific phenomenon to have “preserved fur” since all existing prehistoric animals were discovered without hair,” Grigoriev said.

As per the reports, the foal was in between one or two weeks old at the time of death.

“The extinct newborn horse died from drowning into the mud since, inside its intestinal system, a lot of mud was found that the foal slurped in the last moments of its life survival”, he added later on.

The detailed examination revealed that soon after the drowning of the foal in mud, it hardened and became permafrost, providing perfect conditions for sustained preservation.

Of all archaeological discoveries, this seems to be particularly remarkable, since most of them are either incomplete, broken, with significant body deformations.

As per the reports, the specimens are currently being studied by a collaboration between North-Eastern Federal University in Yakutsk and the South Korean Sooam Biotech Research Foundation with the clear objective of cloning the prehistoric horse.

YOU MAY ALSO LIKE : Melting glacier sheds light upon hidden Viking era artifacts in Norway dated back to 300 AD

The research is supposedly too sophisticated that the team wants a surrogate animal for the key role of giving birth to the resurrection species.

However, to do so, scientists will have to obtain and produce active genetic material, which they’ve never yet been able to do.

More than 20 attempts to grow animal tissue cells have all failed.

As per the Siberian Times (2019), Grigoriev said that the researchers have now succeeded in obtaining liquid blood samples from the blood vessels of the organism, which were very well preserved due to favorable permafrost and environmental conditions.