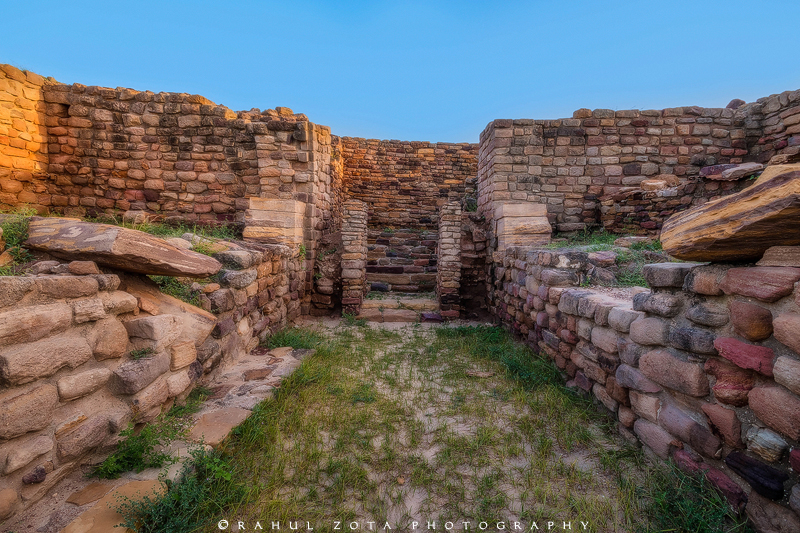 The Harappan civilization of Dholavira

Head north from Ahmedabad for seven hours, deeper into the barren region of Kutch, and you’ll come across an island in the middle of the salt deposits, the location of the Harappan mega-city. Dholavira was one of the biggest cities of its day, more than 4000 years ago. It was also one of the oldest, with more than 1200 years of continuous occupation.

Excavations at Dholavira began just 35 years later, in 1990, under RS Bisht of the Archaeological Survey of India, first discovered by archaeologist JP Joshi in 1956. The site of Dholavira reveals a rapid development, distributed over an area of 100 hectares, and studies here have brought out some interesting aspects of the Harappan Civilization.

From the 3rd millennium BCE to the middle of the 2nd millennium BCE, which is from around 2650 BCE to 1450 BCE, Dholavira was occupied and has seven distinct phases that record the rise and demise of the Harappan Civilization.

Between 2650 BCE and 2500 BCE, the earliest stage of Dholavira shows evidence of a pre-Harappan culture of dispersed settlements with a very rudimentary pottery style. By 2500 BCE, Dholavira appears to have evolved into a sophisticated planned town, a trademark of the mature Harappan period, and it remained a large urban centre until 1900 BCE.

Dholavira also had massive structures, elaborate sewerage and gateways, like many of the other cities of the time, Mohenjo-Daro, Rakhigarhi and Harappa. It was a well-planned settlement and its architecture offered great insight to archaeologists into the life and legacy of the people of Harappan.

The town was lined by massive walls measuring 15-18 meters in thickness at the height of its residence. A one-of-its-kind city space lay within the rectangular fortification with the citadel separated into two parts together with a middle city and a lower city.

There is a large empty space to the north next to the citadel, perhaps used for various reasons such as as a place for a public meeting on festive or ceremonial occasions, a stadium or a marketplace during trade seasons for trading commodities. Four rooms, a spacious courtyard, a bathroom and even a kitchen were part of the daily house at Dholavira.

What appears more like signboard made up of ten large-sized letters from the Harappan script was one stand-out discovery here at Dholavira. Below the northern gateway, a 3-meter-long inscription was discovered and archaeologists believe that the letters would have been installed on a wooden signboard right above the gate door in order to be visible from distance.

The water management system is another significant aspect of Dholavira. In the middle of a drought-prone area today, during the Harappan era, Dholavira was, at best, an island in the Brackish sea. The two seasonal water streams outside the city and some groundwater were the primary sources of water. What is impressive here is how the freshwater was harnessed by the city administration, developing a dynamic and efficient system of water management that enabled Dholavira to prosper.

However for centuries, Dholavira flourished, explorations have indeed provided us insights about its demise. Subsequent archaeological discoveries have shone a great amount of light on what happened, one of the most discussed questions.

YOU MAY ALSO LIKE: Israel discovers a “piggy bank” 1,200 years old with gold coins

Most archaeologists apparently believe that, while there are other hypotheses, it was climate change, possibly caused by a tectonic shift that led to the destruction of these great Harappan cities. Interestingly, at that period, this was seen in the Bronze Age civilizations.